Shaun the Sheep: Telling a Story Without No Dialogue 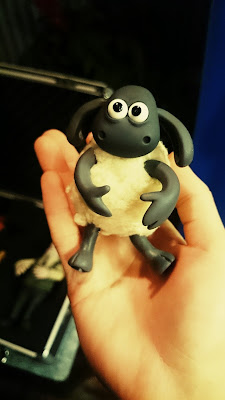 Richard Starzak (Creative Director) and Paul Kewley (Producer), Aardman Animation, explained how they decided to took 7 minute episode TV serie Shaun the Sheep to a 90 minute feature movie. The audience could see one of the scene made from sketches, through storyboard and animatic until the final stage.
Aardman Animation will not stop making Shaun the Sheep, which became their most famous character, and we should expect new episodes this year. 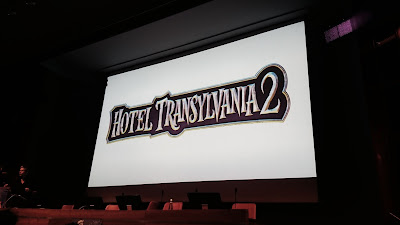 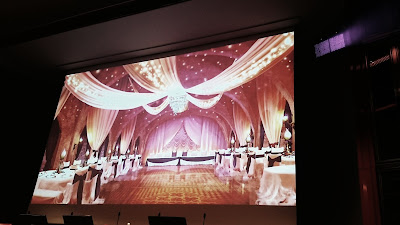 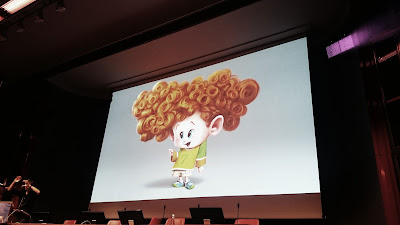 Dennis's hair was one of their challenges, they struggled to bring the appealing design from the drawings to the 3D model. Although the sketches have a perfectly enchanting looking, it does not mean that they will be as appealing in the 3D world.
Nevertheless, it was a good lesson for people who wants to have their career focused on designing characters. Lots of patience - lots of sketches.

Every Pictures Tells a Story

Jorge G. Gutierrez, director, Annie and Emmy Awards winner related his life story; how he managed to create and released his recent movie, Book of Life. He started his career in the California Institute of Arts and later he developed the series El Macho and El Tigre: The Adventures of Manny Rivera. As he said, Gutierrez always put his own experience into his work, therefore, in El Tigre, the main character was young and confused as himself. Also he didn't hesitate to turn down an offer from Disney Studio. Later he explained how he got an offer from DreamWorks to make his own movie (based on the script of Book of Life) but he turned down the offer. Why somebody would say no to DreamWorks? Because the studio wanted to make the movie their own way. It wouldn't be a Mexican inspired world but a New York environment with confused, blonde, young, female character. Gutierrez moved on and he finally got an offer from Real FX Creative Studios with 50% of the budget and the rest was found thanks to Guillermo del Torro. Later on, another problem appeared when the studio wanted to change the ending and the director got an ultimatum: he had to change the ending or there would be no money for marketing. In the end agreement was reached and some changes were made.


It was a very inspiring speech. I have heard the amazing story of how one person (with his wife support) had achieved that much. Never give up and follow your dreams.

The Spirit and The Stories of PDI

Glen Entis, computer animation and video games pioneer, Oscar Award winner narrated the origin of PDI ( Pacific Data Images) until its last day in 2015.
When I have read the news on Twitter, I couldn't believe that suddenly 200 people lost their job. I have got the occasion to hear and see tears in the eyes of those ex-employees who had worked and spent an amazing time over there. Also, the audience had the opportunity to hear good advises about how to run the businesses.
The company started they adventure with creating 3D software, motion graphics and broadcast graphics for TV stations. We could see how 30 years ago all calculations, measurements were made by people where now everything is done by software. In the 90's PDI focused on CGI and started developing their first 3D animation and at the same time they were bought by DreamWorks SKG. PDI's first feature film was Antz. Who ever followed DreamWorks on the markets, knows that 3 years ago company had some big lost. In January 2015, PDI was closed. 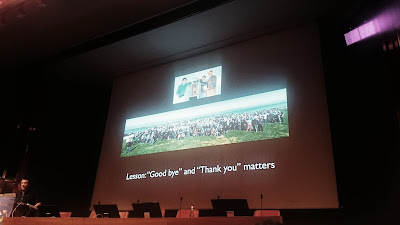 ILM: 40 Years of Creating the Impossible 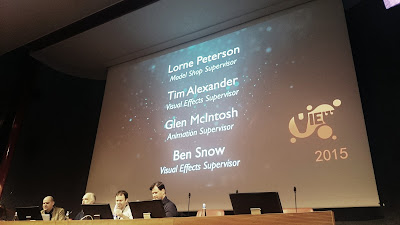 The team for Industrial Light&Magic reminded us how much the studio has done for movies ... or rather for special effects in the industry. It was funny to see show real of the studio and realised that ILM has probably participated in all Hollywood movies special effects! Obviously, this isn't the truth but we cannot deny how much effort the company put into it.
We heard few stories about different movies. In The Perfect Storm, the creation of water was quite challenging. In Pearl Harbour, they created new techniques for light and smoke; also, during the Japan attack over USA, planes and some of the ships were CGI, whereas the rest were just big miniatures. For Harry Potter movies, the studio made a new engine for fire and in Dragon Heart (1996) they were challenged with facial expressions. Now ILM focuses on VR technologies.

Over all the conferences were amazing. Not only because you get inspired but also because it is the most honest conference I had heard. People who works for international studios also struggles with lack of money for new projects (like Mark Osborne who tries to collect money for a new 2D stop-motion animation taking place in Space), making some agreement with producers, trying to make things you love and show them to the world. It was worth to see all this amazing work and hear stories that can happen to everyone. 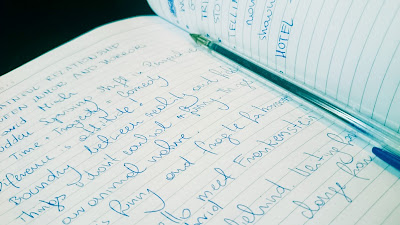